Climate Change Around The Earth

Description: What’s the difference between weather and climate?

What’s happening to the weather in Dundee and around the world?

Find out in this first lesson of the Dundee Science Festival 2021. 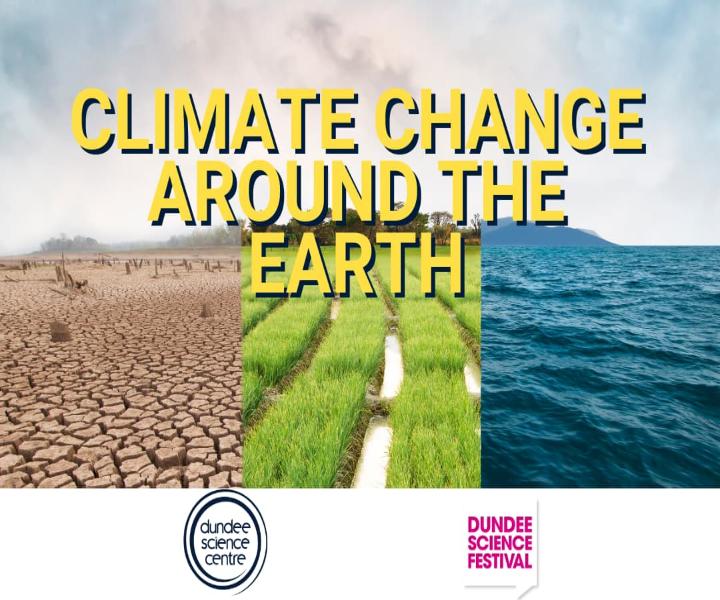 There are lots of devices we can use to measure the weather! Have a go at making your own thermometer.

Around Earth, there are different ‘climate zones’, which means different parts of the planet have different average weather types. Watch the video below to learn a little more about our planet’s climate.

Now that we know a bit about the different climates across Earth, you can probably guess global warming from climate change affects them differently. Some places will heat up a lot, and some only a little. In some places winters will warm up much faster than summers. Some will keep the same average temperatures but experience more extreme temperature events across the year.

In Dundee, we are expected to stay in a temperate zone, with the temperatures rising a bit in both the summer and the winter, meaning less rain in summer and more rain in winter. So, if Dundee’s climate isn’t expected to change massively, why are we still worried about what’s going on in the rest of the world?

Scientists think some areas will be affected so much that their climate zone will change, or become a new one entirely! For example, Hanoi, in Vietnam, will change from a temperate zone to a tropic zone, with very hot and wet summers, and mostly hot and dry weather for the rest of the year. Even small changes in average weather can have huge effects on a country.

Take a look at the global effects sheet to see how some of these changes could affect us here in Scotland - Global Effects of Climate Change Worksheet (PDF).

Places with less resources and wealth will probably feel the effects of climate change more than better off, or wealthy, countries. Places like the UK and the US are in a better position to adapt to increasing challenges from global warming than resource-poor countries. But, the wealthy countries are often the ones who have influenced global warming the most, with things like our burning of fossil fuels and huge amounts of waste. Many people think we have a responsibility to help out more resource-poor countries as they deal with the effects of our choices. Climate change affects the whole planet, it is a global issue, and it needs a global response.