Description: A lot of our energy, things like electricity to power our lights, gas to cook our food, and petrol to power our cars, comes from fossil fuels. Let Dundee Science Centre teach you the impacts of using these finite resources. 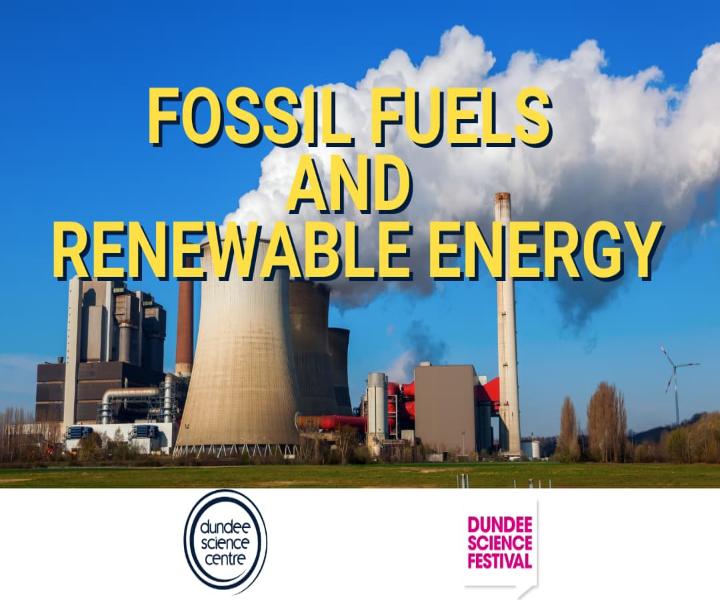 Before humans started farming, or regrowing our food in the same spot, we used to live in something called hunter-gatherer societies. That means we would hunt an animal, gather all the fruit from one tree, and then move on to a new place. We used our food sources until they ran out and then moved on. This is how we've been gathering energy, we use it all up in one spot and then go find more. A lot of our energy, things like electricity to power our lights, gas to cook our food, and petrol to power our cars, comes from fossil fuels.

Learn a little bit more about fossil fuels with James in the video below.

We heard James talking about greenhouse gases in the video, these are gases like carbon dioxide and methane that are given off when we burn fossil fuels.

Not all of those gases stay in the atmosphere though, our oceans are actually really good at soaking up carbon dioxide (CO2). CO2 dissolves in the upper water of the ocean and through a chemical reaction, turns into something called carbonic acid. This means the oceans are getting more acidic. We can use something called a universal indicator to test how acidic a liquid is. Indicators change colour depending on the levels of acidity in the liquid you’re testing. In this experiment we will be changing the CO2 levels in water. Humans breathe out carbon dioxide, so with a little blowing and some universal indicator, we can change the colour and acidity of a liquid!

We're living in a really exciting time, where we are starting to use renewable energy sources. These energy sources don't run out and can be reused over and over again, much like how we farm food.

There are different types of renewable energy, coming from things like the sun, wind and water.

Download our What Makes It Work? worksheet and see if you can match each object to where its energy is coming from.